The greatest “Road Trips” in North America. This is what the Rally North America’s delivers. You are connected to your vehicle and immersed in some of the most scenic and technically challenging roads America has to offer.

Rally North America believes the destination is only a part of any journey and is no more important than any other part. The route chosen can be more rewarding, educational, and satisfying for those that take the time to choose their route wisely.

Drives routes are chosen because they deliver history, scenic beauty, and a driving experience that will prove to be second to none. These drives combined with track time on some of the nations more challenging racing facilities and a few passes at a drag strip combine to make a Rally North America event a trip that any auto enthusiast will talk about for years to come.

The items featured on this page are not all encompassing of this Event.  There are more attractions planned! 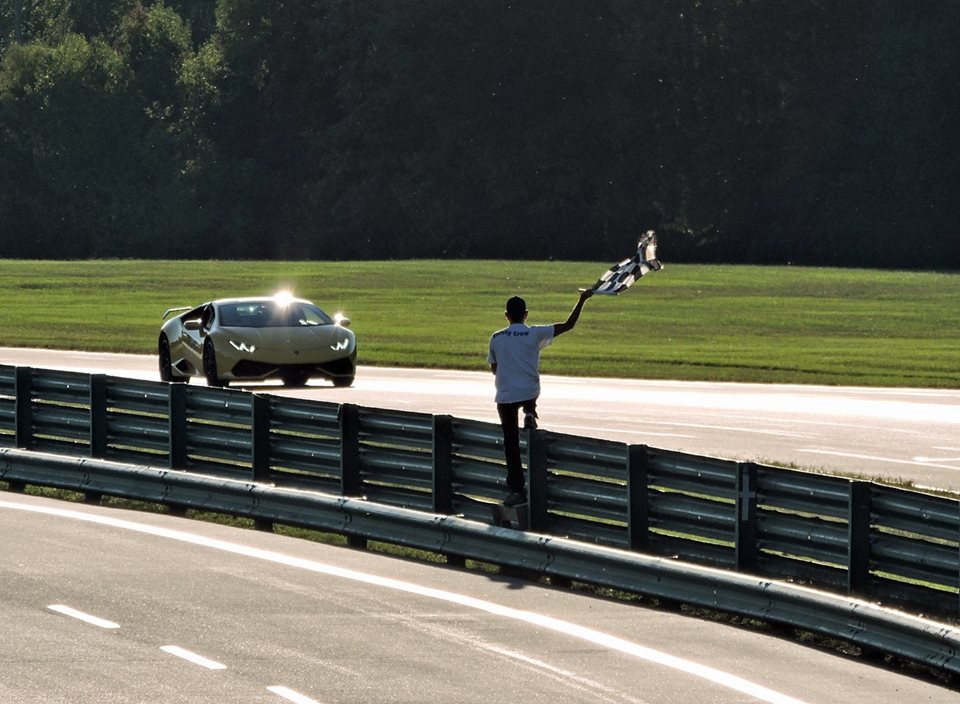 Price includes: 4 Nights and 3 Days with paid overnights at some of the nicest properties in the Appalachian Mountains as well as dinner each evening and a hot breakfast in the morning.

For those interested in spectating IMSA series racing, please feel free to stop by early at watch some of the action.

Rally North America Drive Series participants will take to the track for two series of professionally lead 4 lap sessions, one series for each participant. We will discuss the agenda for the week and answer any question participants may have heading into the week.

Bygone charm and luxurious amenities converge at The George Washington, A Wyndham Grand Hotel. Perched at the northern edge of the Shenandoah Valley, our stately Georgian Revival hotel puts you 70 miles from Washington, DC and just steps from shops and restaurants. You’ll discover rejuvenating experiences at every turn, beginning with our indoor pool modeled after a Roman bathhouse. Enjoy a great meal at George’s Food & Spirits, relax at The Half Note Lounge–featuring live entertainment on weekends, or indulge in a therapeutic treatment at Saumaj Health Spa. Plush beds with WynRest® bedding, work desks with Herman Miller® ergonomic chairs, and other upscale amenities welcome you in our 90 guest rooms and suites, enveloping you in comfort for the duration of your stay. 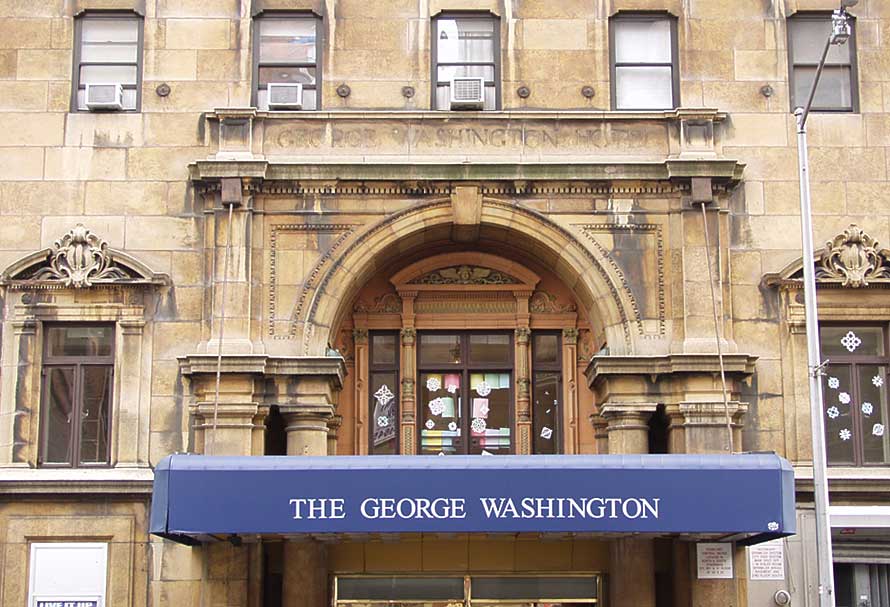 Skyline Caverns is the closest natural wonder to the Nation’s Capital. As one of the only places on Earth where rare Anthodites are displayed, the guided tour is as impressive as it is educational. Whether it’s your first time underground, or you’re an expert, our staff of knowledgeable and well-trained guides are ready to answer any question.

In 1937, geologists around the world stood in awe as Walter S. Amos discovered the underground wonder he always hoped to uncover. He carefully examined surface topography, exposing a secret that had lain beneath the earth’s surface for 60 million years. This method of scientific analysis makes the discovery of Skyline Caverns rare, if not unique.

The caverns opened to the public in 1939 and have welcomed millions of guests in the past seven decades. As tourism in Virginia boomed in the 1950s through 80s, Skyline Caverns was a noted attraction. Special visitors such as Bing Crosby even considered the caverns a worthy travel destination.

Skyline Caverns continues to be a natural, preserved display of cavern beauty, much like Dr. Amos originally discovered it one cold evening. As we celebrate 80 years of discovery, we are proud to have preserved the rare beauty of underground Virginia. 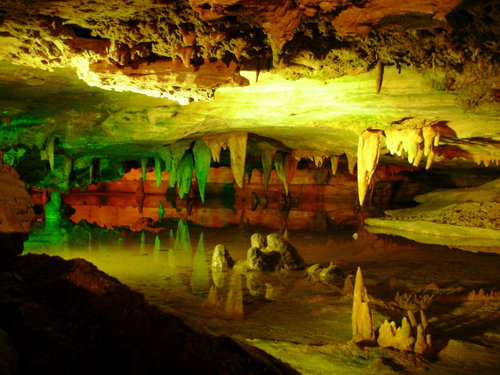 Shenandoah Speedway is a 1/2-mile banked oval track deep in the Shenandoah Valley. The track opened on July 20th 2005 and has been a favorite of locals ever since. The track offers Figure 8 racing as well as oval track racing. Recently there has been an annex for motocross racing as well. Shenandoah Speedway is also a Rally North America favorite as this is the second time we have visited this track!
Each team will have two 5-hot lap sessions. 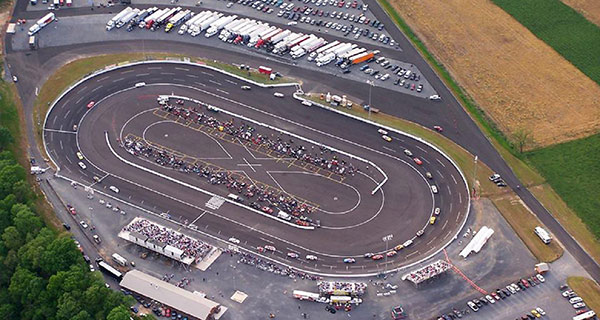 King Family Vineyards is a family owned and operated winery located at the foothills of the Blue Ridge Mountains in Crozet, Virginia. The winery specializes in the production of ultra-premium wines that showcase the remarkable quality and terroir of the Monticello AVA. Beginning with carefully selected estate grapes, winemaker Matthieu Finot creates wines inspired by the old world, but are uniquely expressive of Virginia.

Sitting atop a Virginia hill is what seems to be an Italianate palace plucked right from Europe and dropped down in the states, but this lovely mansion is actually an original construction, created as a token of love and devotion between a husband and wife.

The estate that would come to be known as Swannanoa was first built in 1912 by railroad millionaire James H. Dooley. The palace has been the scene of many para-normal experiences have been reported by visitors and professional teams. This was “confirmed” by the Twisted Paranormal Society and the tv show RIP Files. 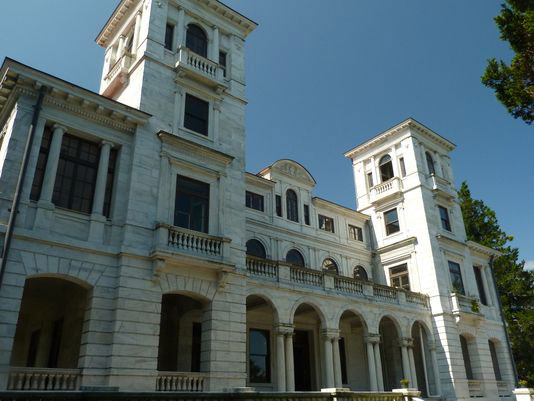 Nestled in Historic Downtown Staunton in the heart of the picturesque Shenandoah Valley, this 124-room hotel captures the spirit, history and charm of the old South.

The hotel, which originally opened in 1924, was designed by H.L. Stevens and is considered an excellent example of the renowned American architect’s work in the Colonial Revivalist style.

Many features of the lobby area have been restored to their original splendor
This includes the marble floors, the glass display cases along wall adjacent to the Colonnade Ballroom and the dormered entryways into the pre-function space of the meetings area. The chandeliers and wall sconces in the lobby and in other parts of the hotel, such as the Colonnade Ballroom are all original.

As a result of this major renovation project, the Stonewall Jackson Hotel & Conference Center has been recognized by the National Trust for Historic Preservation for its historic and architectural significance. 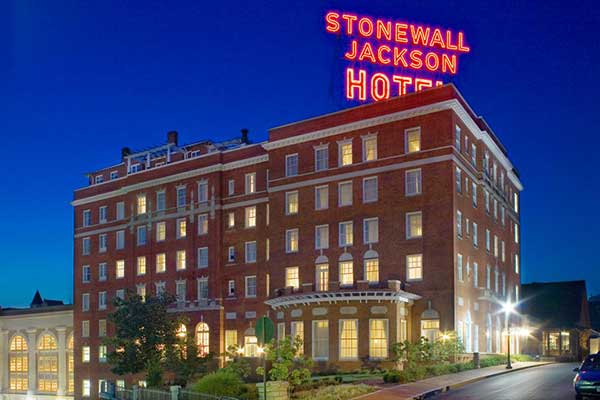 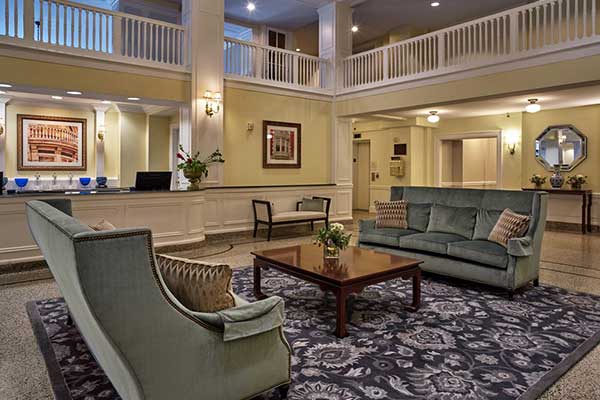 The day begins with a hot breakfast at the Stonewall Jackson Hotel at 7:00 AM

The Blue Ridge Parkway is a National Parkway and All-American Road in the United States, noted for its scenic beauty. The parkway, which is America’s longest linear park, runs for 469 miles through Virginia and North Carolina counties, mostly along the Blue Ridge, a major mountain chain that is part of the Appalachian Mountains. Its southern terminus is on the boundary between Great Smoky Mountains National Park and the Cherokee Indian Reservation in North Carolina, from which it travels north to Shenandoah National Park in Virginia and offers access to the Skyline Drive. While the two roads join end-to-end, they are separate and distinct entities, built as two different projects and managed by two different National Park Service units. The Blue Ridge Parkway was built to connect Shenandoah National Park to the Great Smoky Mountains National Park. Stops along the parkway include Flat Top Manor, Price Lake, Linn Cove Viaduct, Grand Father Mountain, and the Linville Falls. 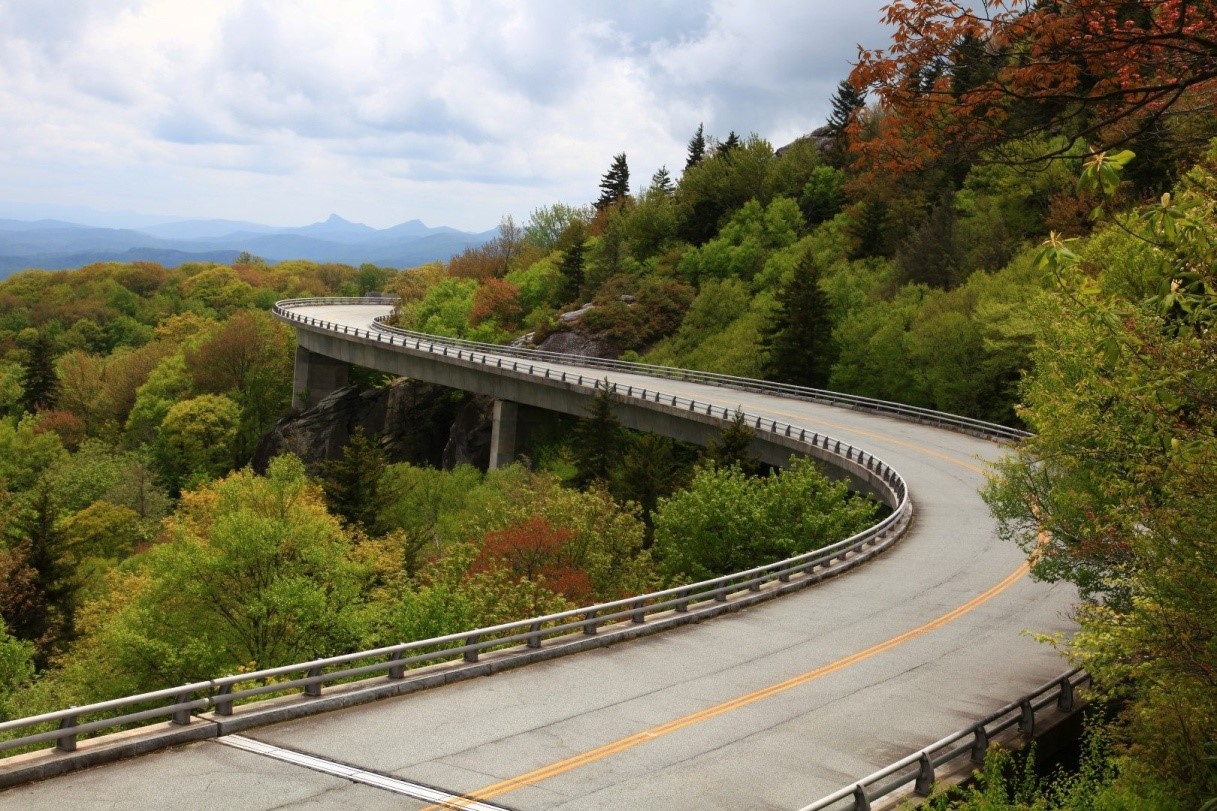 Described by many experienced paranormal teams as the “most active location on the east coast” – a night at St Albans Sanatorium is not for the weak or squeamish! Long before the St Albans Lutheran Boys School came into existence in 1892; members of the Powhatan, Shawnee and Cherokee Indian tribes inhabited this land. The Draper’s Meadow Massacre in 1775 tells the story of the horrors faced by early pioneers and of Mary Draper Ingles journey home after her capture by the Shawnees 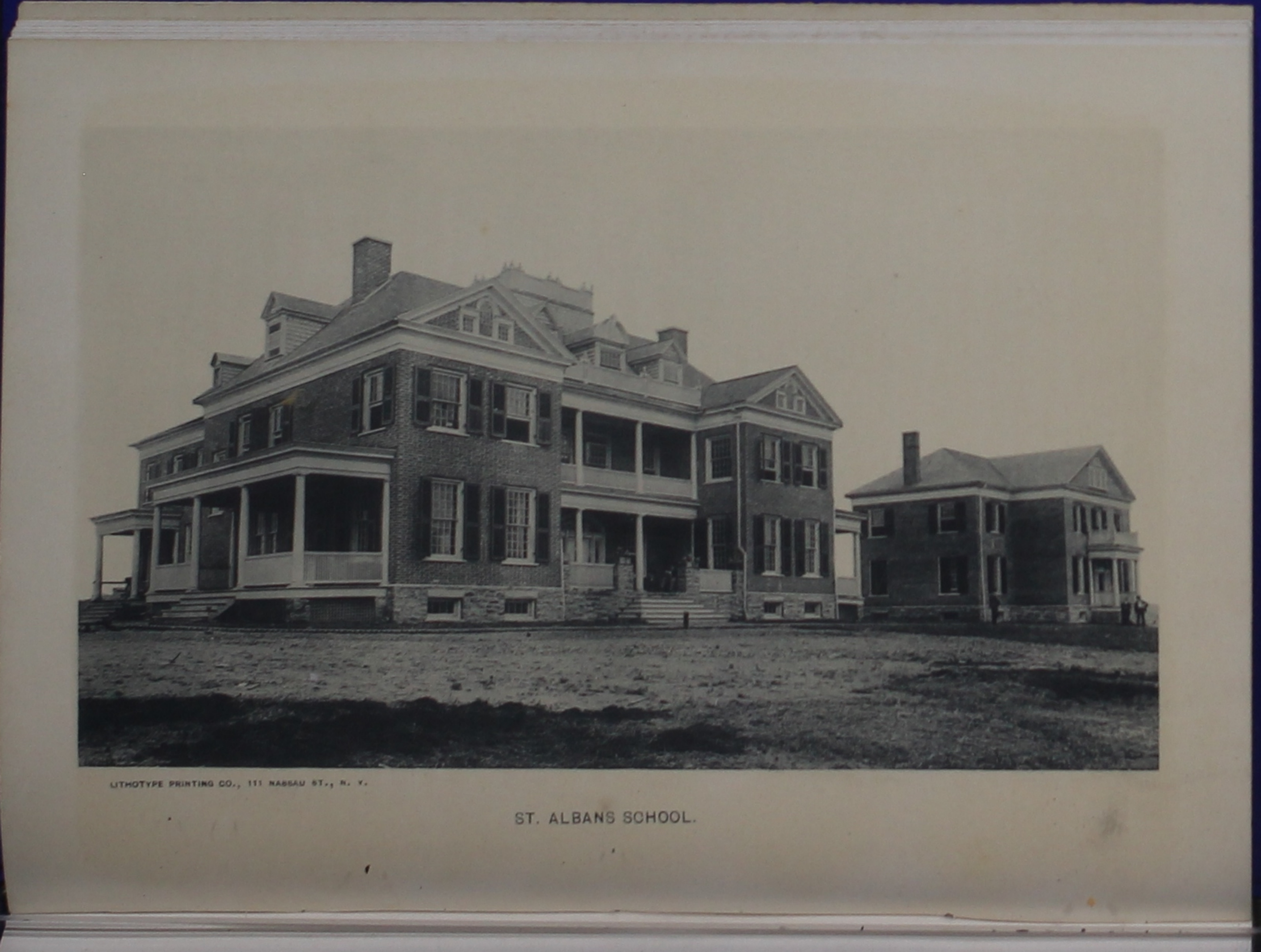 Motor Mile Dragway is in Radford VA. The 1/8 Mile track has been a favorite of Rally North America and this year they will not let us down.
Head to head action, straight up grudge match drag-racing, what can be better than that! 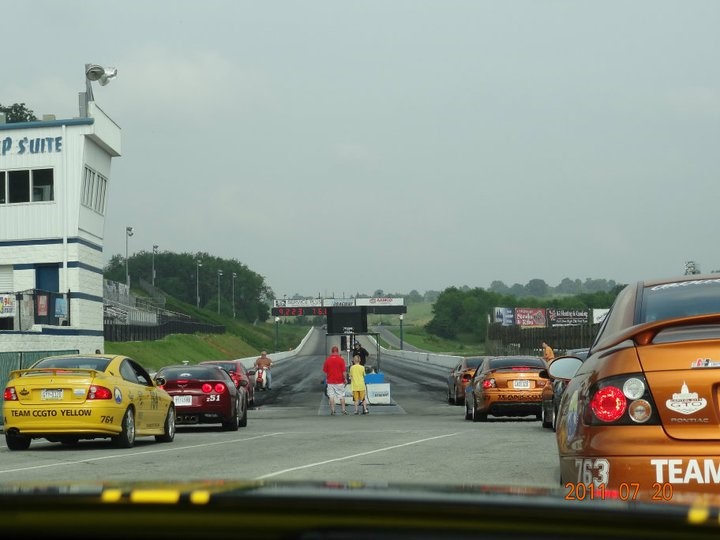 The Jackson Park Inn is a truly unique hotel, converted in 2015 from a 1920’s grocery warehouse. As a historic preservation project, the renovation respected many of the building’s original features. Aged brick, exposed post and beam timbers, and wide plank wood floors are showcased throughout the hotel’s three floors. Modern features and finishes added in the renovation only serve to highlight the building’s timeless structure.
Now the Jackson Park Inn is the staple in the historic Jackson Park district of Pulaski Virginia

Al’s On First an acclaimed restaurant located in The Jackson Park Inn. Al’s On First is the #1 rated restaurants in Pulaski VA per Tripadvisor.com. Participant entrée choices for this evening are as follows: 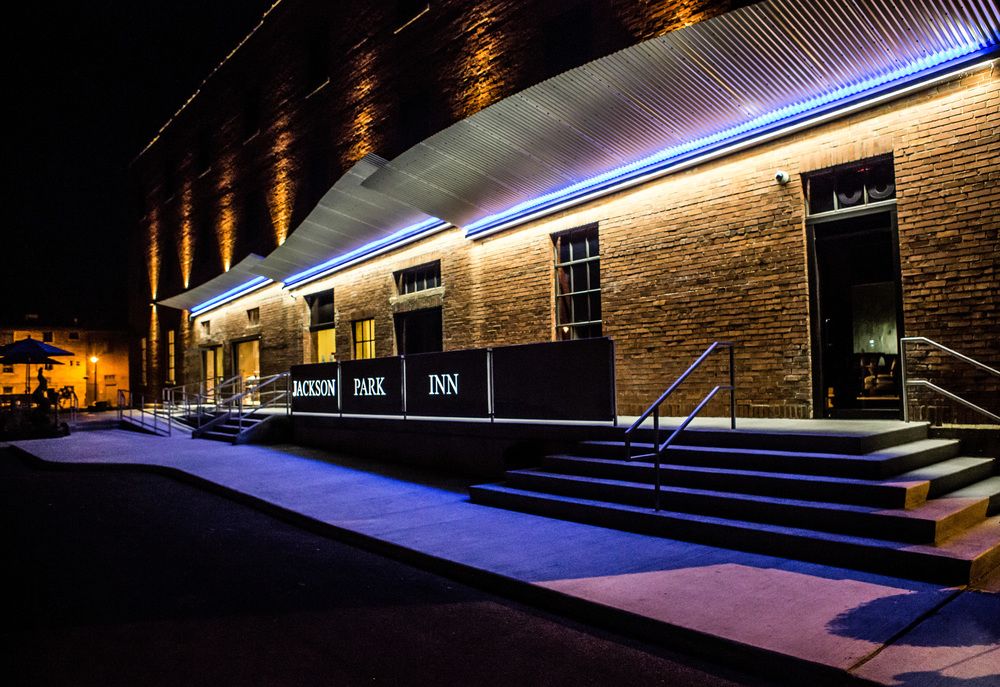 The day begins with a hot breakfast at Jackson Park Inn at 7:00 AM

Glencoe Museum is located in a Victorian house in west downtown Radford.] The house was built in 1870 in the 19th century style, specifically, and was the postbellum home of Confederate Brigadier General.[4] It is a large, two-story, five bay, brick dwelling, and originally had quite extensive grounds. The original house had a barn, chicken coop, smoke house, and an ice house.

The name Glencoe is thought to be inspired by Anne Wharton’s ancestry. Her family was originally from. The house didn’t appear on Radford’s tax records until 1876; it took a very long time to build a house of its size and grandeur in the 1800s. The house was kept in the family till 1996 when, after being deserted for 30 years, the house was given to the city of Radford.[5] The house and grounds were donated by the Kollmorgen Motion Technology Group.

The house features some Victorian period rooms and displays about Radford’s history, including Native American artifacts, early settlers,  local industries, railroads, river transportation, educational institutions and local sports. There is also an art gallery with changing exhibits of the art and works of contemporary Appalachian artists. 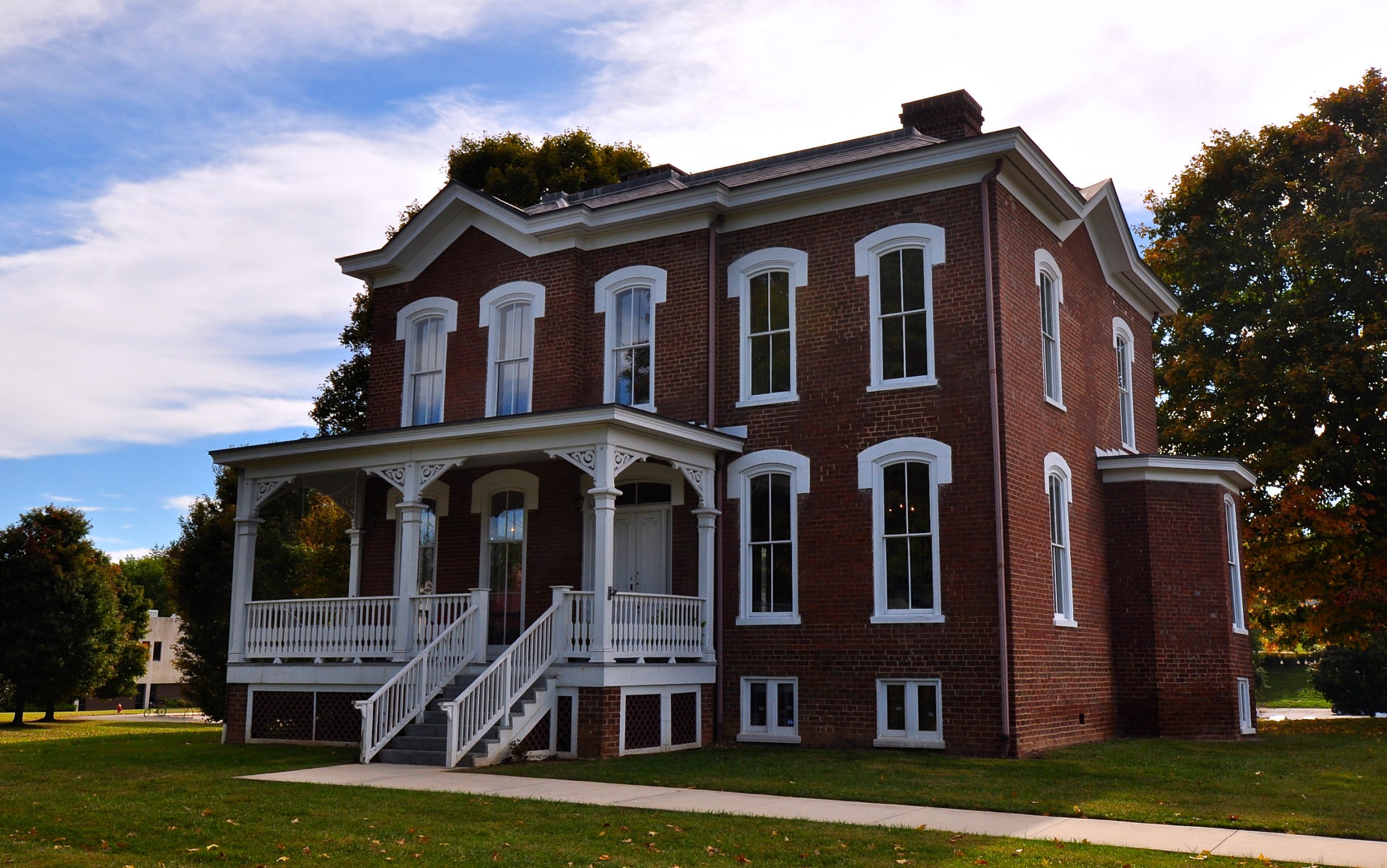 The Chatham Southern Railway Depot is a historic train station at 340 Whitehead Street in Chatham VA.

Built in 1918-19 by the Southern Railway, it was a major hub of the city’s economic activity until passenger service was discontinued in 1965, and freight service in 1975. The building is a long rectangular single story masonry structure, from which a polygonal tower rises on 1-1/2 stories on the track side. It has a hipped roof with flared eaves supported by large wooden brackets.

It has been owned by the Pittsylvania County Historical Society since 2001, which plans to restore the building and use it as a veterans’ museum.[2][3] 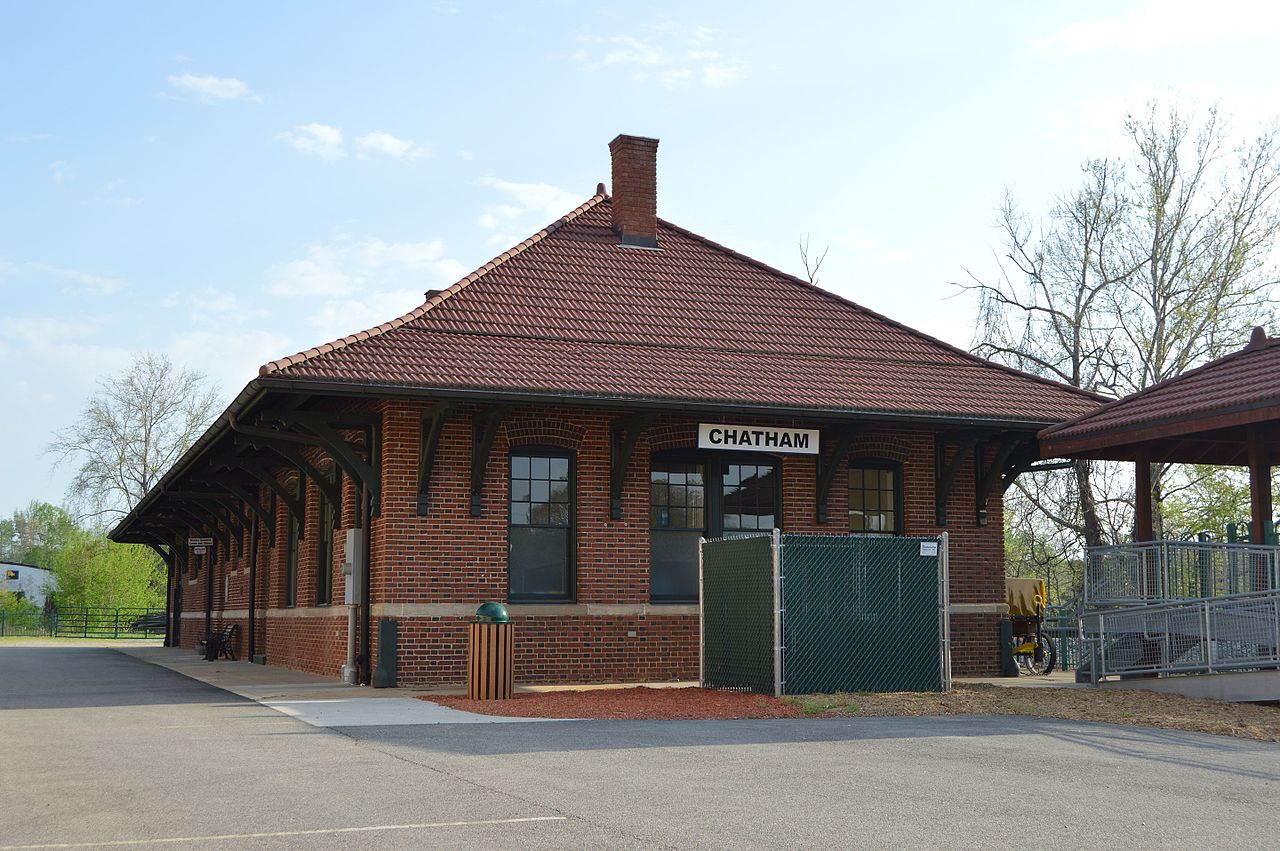 Some of the best food Virginia has to offer!  Bistro 1888 is one of the top award winning restaurants in the tri-state area!   off 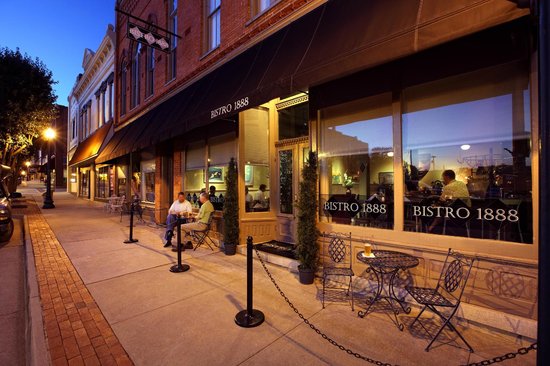 A new track for us at Rally North America, but we got it for two hours and it’s hotlaps!  Bring your A game because this track is phenominal!

Contemporary and highly rated hotel.  Dinner will be provided at a near by establishment! 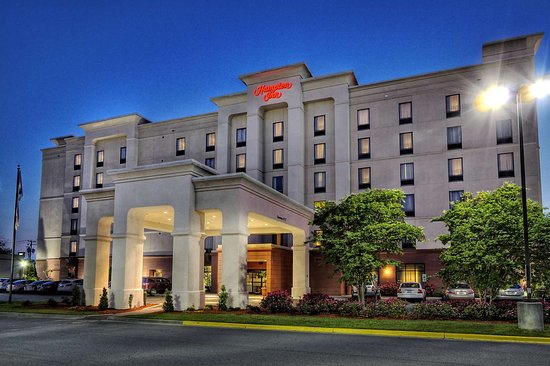 Price includes: 4 Nights and 3 Days with paid overnights at some of the nicest properties in the Appalachian Mountains as well as dinner each evening and a hot breakfast in the morning.